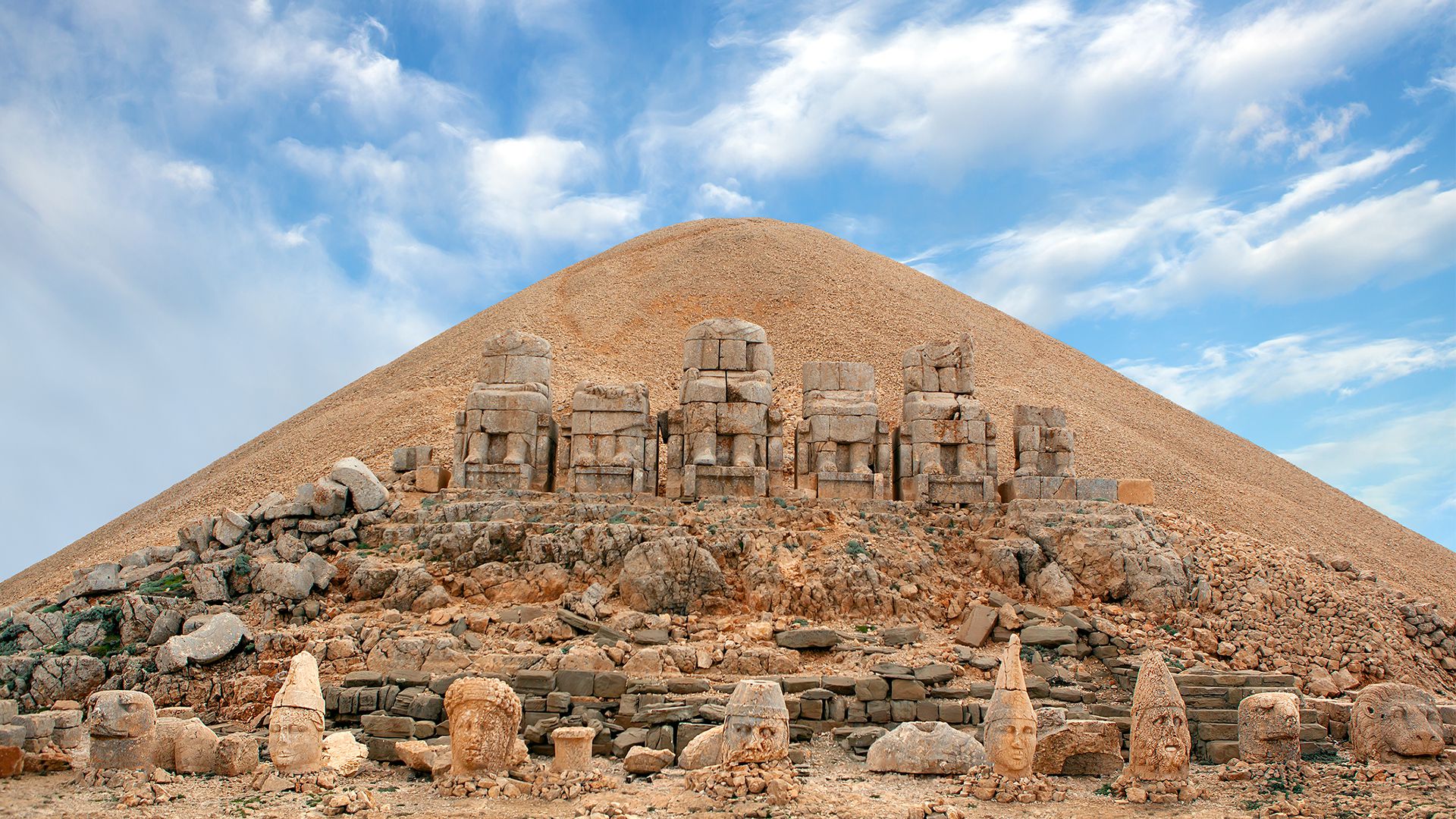 Cappadocia is one of the most surreal, stunning and visited parts of Turkey. The landscapes and cave cities are unique, and worth the particularly long effort it can take to travel to the region. But where do you go after you’ve explored the underground cities and floated above the valleys in a hot air balloon?

7  Days before the tours.

A not so visited, but equally magnificent and unique place to see is Mount Nemrut- or Nemrut Dagi. This UNESCO World Heritage Site is the lasting memorial to an egotistical king of old. A man who had statues of himself and his family built on top of the tallest mountain in his Kingdom and surrounded by Gods. The views from the top are glorious, and the giant heads of the now decapitated statues are a curious sight.

The only problem is that Mount Nemrut is nowhere near anything at all. The closest attraction is Cappadocia. If you make it that far into the interior of Turkey, it’s well worth the trip to Mount Nemrut as well.

Meet the guide and driver in the hotel at 08:00am, and depart from Göreme. After passing Kayseri, we visit the Seljuk Karatayhan Caravanserai on the famous Silk Road. We then drive for lunch through the Taurus Mountains, affording us the opportunity to observe the countryside and everyday life of rural Turkey. After lunch we drive to Kahramanmaras for a different experience-tasting best ice-cream in Turkey. We then drive to Kahta and check-in our hotel. Overnight in Kahta.

We depart from hotel very early in the morning up to the Mount Nemrut. At the end of the road, we get off the van and walk twenty-five minutes until the summit. Here we watch the memorable sun rise between the colossal size statues and heads of the kings and Gods. We then visit Arsemia which was once the capital of the Commagene Kingdom before continues to the ancient Septimus Severus Bridge over the Cendere stream, and the Karakus tumulus where members of the royal family were buried. We keep driving to Sanliurfa and Harran. We visit the Ataturk Dam which is the biggest dam in the Middle East, en route. We check-in the hotel in Sanliurfa and have lunch there. Gobeklitepe which is a hilltop sanctuary erected on the highest point of an elongated mountain ridge some 15 km northeast of the town of Sanlıurfa. This sanctuary is proved by the archaeologists that it is the oldest sanctuary in the world which is about 11,500 years old. After lunch we visit Abraham's Cave and the Pools of Holy Carp surrounding it. We than walk around oriental covered bazaar and Gümrükhan. We drive to Harran a village of Mud-Brick "beehive" houses mentioned in the book of genesis where Abraham spent the last years of his life. Dinner and overnight in Sanliurfa.

After breakfast we depart from Sanliurfa to Birecik which is famous for its bald-ibis (Kelaynak) birds. These birds are living only in Birecik in the world and there is a very limited population of them. We visit the breeding farm of Bald Ibis birds. After our lunch, we drive up to the Taurus Mountains. We have a short tea break and drive back to Göreme. 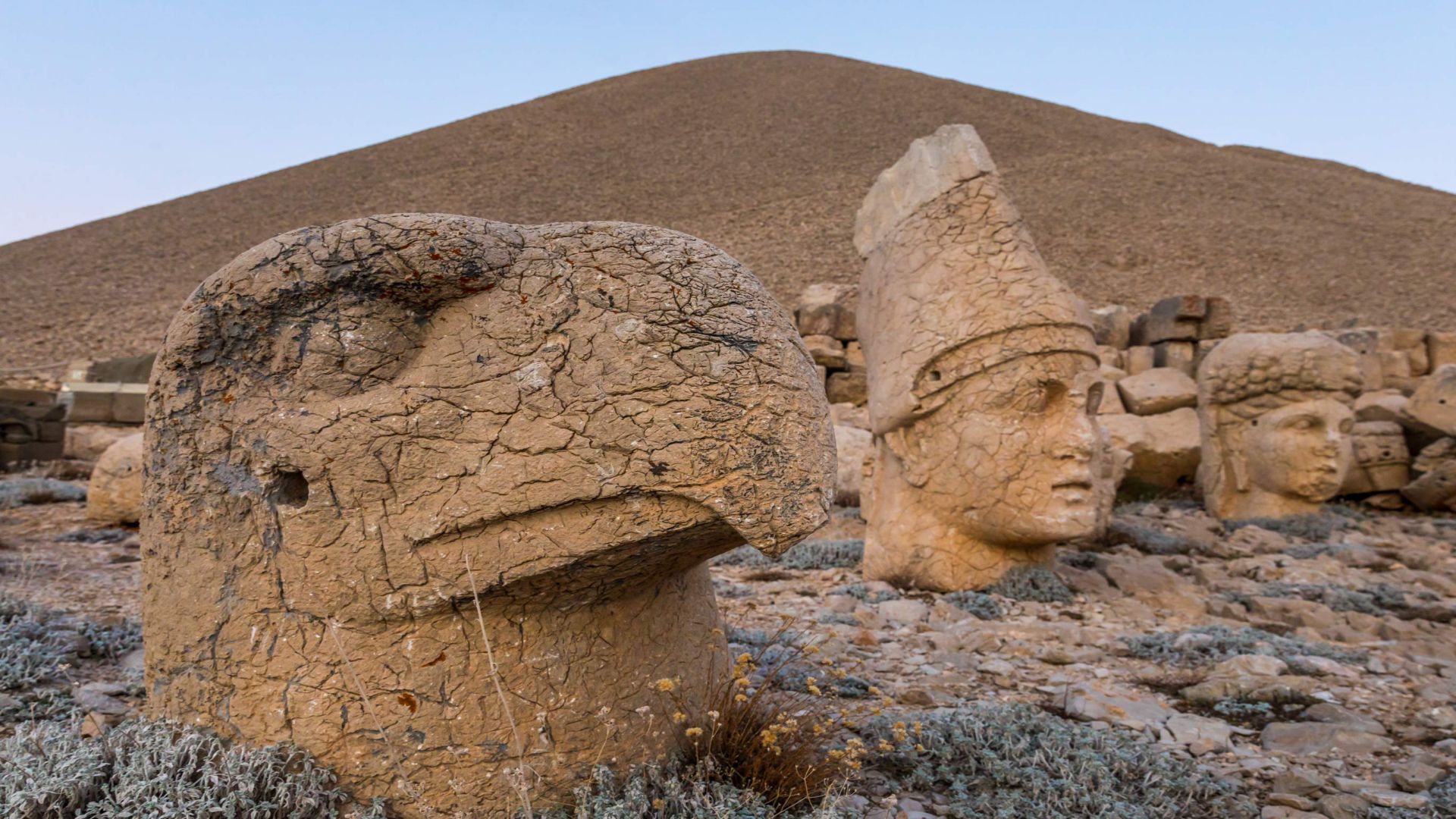